Kenya: Where the Safari Was Born

Eastern Africa, including Kenya, is true Africa. In fact, the word “safari”, which means “journey” in Swahili, originated in Kenya.

It’s easy to see why.  Kenya is totally captivating; with mountain ranges, the endless savanna of the Masai Mara; vast freshwater lakes and the metropolis of Nairobi and her colourful tribal cultures.

All this without even mentioning what may well be her most iconic feature of all — the Great Migration — which brings with it the never very far away predators.

The annual Great Migration, includes the river crossing where more than a million wildebeest and zebra risk life and limb to cross over to greener pastures, cannot be overestimated for its intensity, scope and spectacle.

Indeed, there are few sights on this earth as spectacular and thrilling as this river crossing. These animals must attempt to ford the Mara River, all the while fighting for their lives against the crocodiles which lie hungrily in wait.

The scope is just staggering and truly has to be seen to be believed. It is a very different safari experience (and not for the faint hearted!) 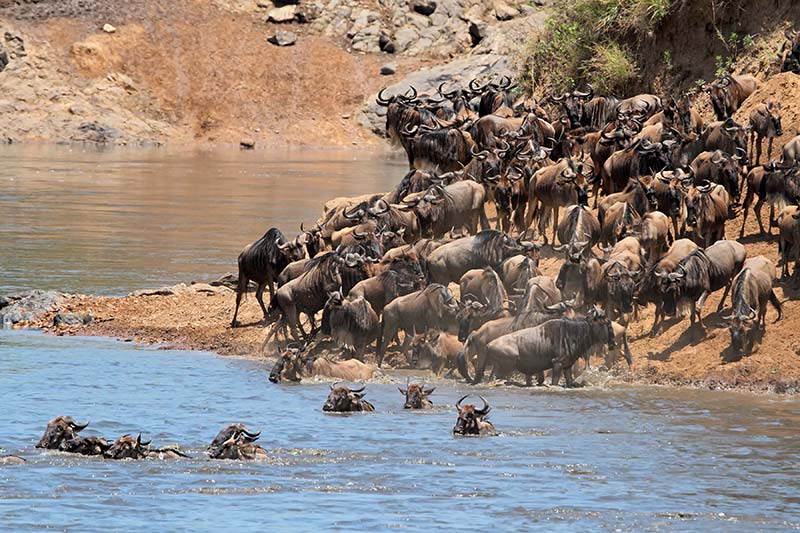 The Masai Mara Reserve, through which the migratory herds pass, is 1500 square kilometres of purest Africa. It is also world-renowned for its exceptional populations of big cats, including lions, leopards and some of the best cheetah viewing in not only Africa, but the world. As well as this there are elephant, rhino and of course, wildebeest, zebra, gazelle and other antelope. 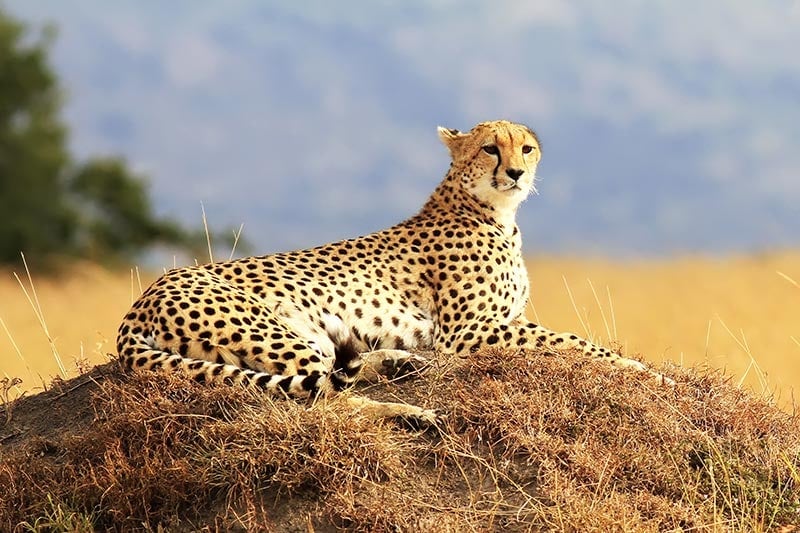 Lake Victoria is the largest of the African Great Lakes and the chief reservoir of the Nile. Surrounded by some of the most beautiful portions of western Kenya, Lake Victoria is also one of the finest birding destinations in the world. In fact, it’s home to over 350 bird species and also hides numerous coveted fishing spots, making it an angler’s paradise.

The safari lodges in Kenya are renowned for being both stylish and lavish but there are a range of options to suit various budgets. Certainly, while luxury African safari accommodation may include staying under a canvas canopy, that’s about where any link to traditional camping ends.

As we’ve written about in previous blogs, “tented accommodation” Africa-style is by way of permanent structures; you certainly don’t put up your own tents, nor, of course, do you do your own cooking or laundry. In fact, the whole notion of hardship or roughing it doesn’t come into play at all.

While the upper echelon of Kenyan lodges and camps provide exceptional service and amenities, what may stand out even more is the remarkably warm and friendly service. The Kenyan people go out of their way to share their hospitality and the true character of their marvellous culture with each and every visitor. Read more about our pick of the top 5 lodges in Africa and why 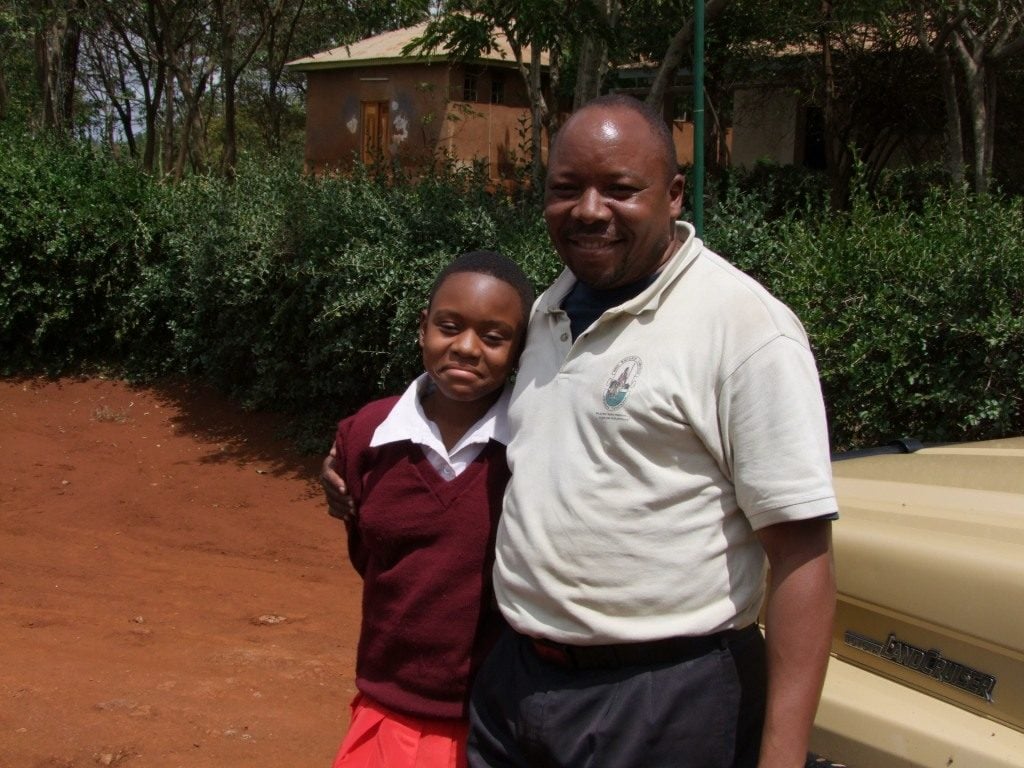 When in Kenya: Karen Blixen Camp

Located on a bend in the Mara River on a conservancy on the northern border of the Masai Mara, Karen Blixen Camp offers very good value for money for East African travellers. This much-loved camp offers a comprehensive “game package” which means clients can fly to the camp rather than endure a road trip that can only be described as arduous!

Since the conservancy is home to the Masaai as well as wildlife, game drives have a cultural as well as a wildlife flavour. Day trips to the Masai Mara itself are also an option for camp guests (albeit on payment of an additional park fee.) 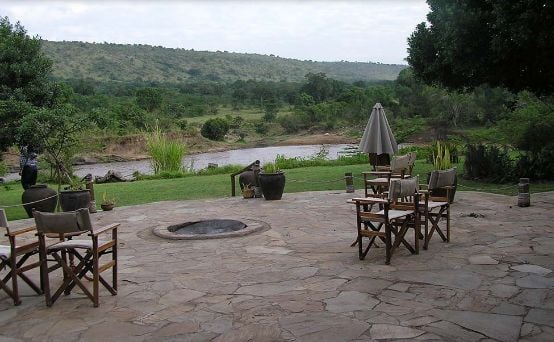 Other Activities to Do in Kenya

Float above the plains of the Masai Mara in absolute silence and witness a safari from an entirely different perspective. Afterwards you’ll be treated to a champagne breakfast, cooked wherever you land, with the entire experience capped off by a game drive on your way back to home base. We highly recommend this treat! 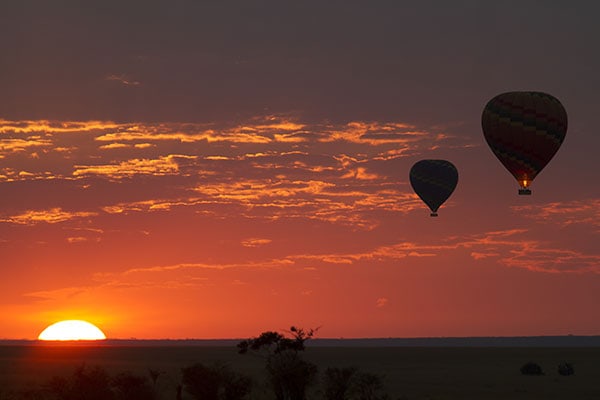 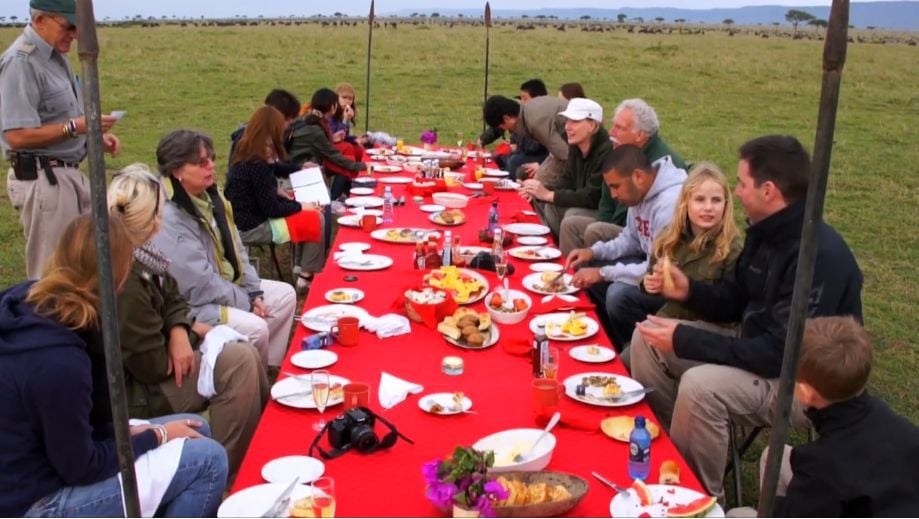 Drive your sense of adventure up a notch by experiencing a Kenyan wildlife safari on horseback. it’s an utterly immersive experience as you’re up close and personal with the very same wildlife you’re observing, making you and your mount part of the natural landscape. The horse riding safari is typically offered as part of a mobile camp and they are better suited to proficient riders who are already comfortable with uneven terrain and athletic horses.

The Flamingos at Lake Naivasha

Among nature’s more impressive spectacles is the sight of hundreds of pink flamingos wading together on the surface of Lake Naivasha. You don’t need to be an enthusiast birdwatcher to be completely mesmerised by these unusual birds as they socialise, feed, nest, breed and raise their young in their enormous colonies. 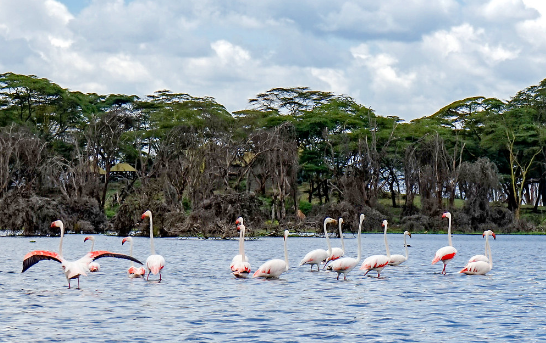 In an unusual and highly memorable twist to an elegant stay, Giraffe Manor is no doubt the only hotel in the world that enables you to dine with an endangered African species!

You will enjoy a stately breakfast while watching a small herd of Rothschild giraffes walk up the garden path, poke their heads into the dining room, and nibble on a few tasty treats! 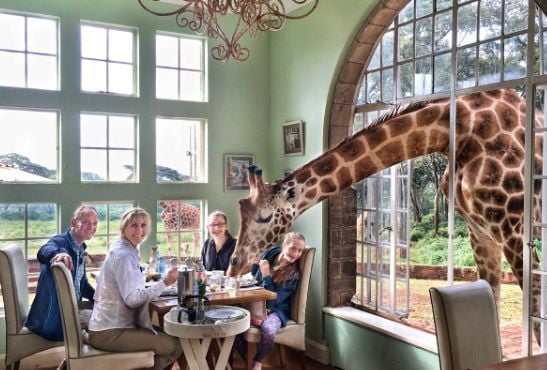 Kenya: When to Go

January and February is a great time to visit Kenya as it’s warm and dry. It’s at this time that Kenya’s bird life flocks to the Rift Valley lakes in great numbers. However, July to October is probably the most popular time to visit because the migratory herds are in the Mara. The herds tend to arrive any time from July onward.

From about March through to May the rains come (and to a lesser extent from November to December). Generally speaking, we try and avoid sending our clients on safari during this time of the year as the black “cotton” soil of the Mara can make driving difficult. However, it doesn’t stop tourists travelling at this time and can be beneficial if you’re after far less populated attractions and cheaper rates.

An Hour Away from Tanzania

It’s only an hour’s flight between Kenya and Tanzania so we strongly recommend an itinerary that take advantage of both fantastic destinations while you’re there. Read more about why we love Tanzania 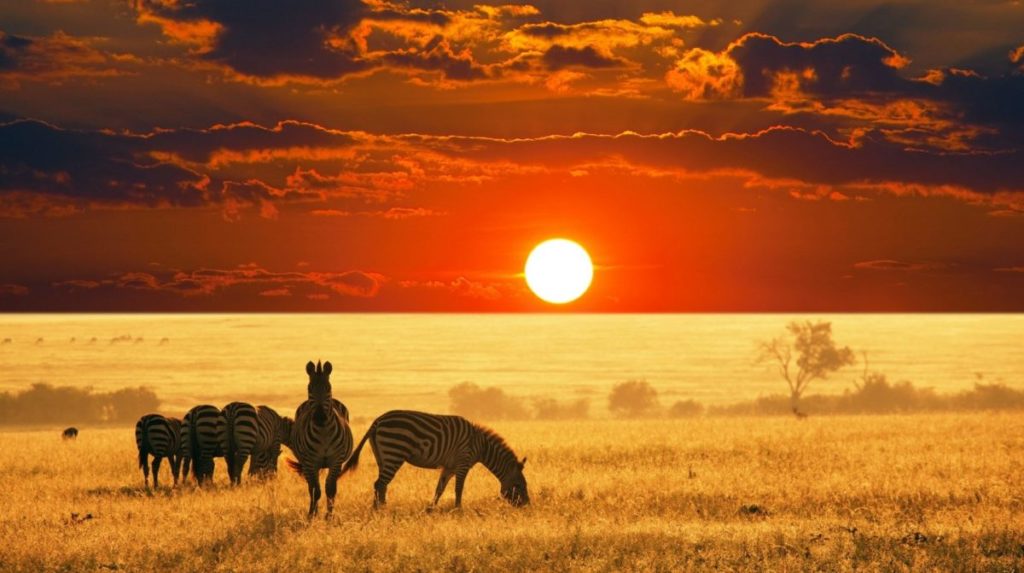 5 Phenomenal Reasons to Travel to Africa in 2020

Why Travel to Africa for Your Honeymoon

Other posts in Accommodation