Four Facts about African Elephants We Bet You Didn’t Know 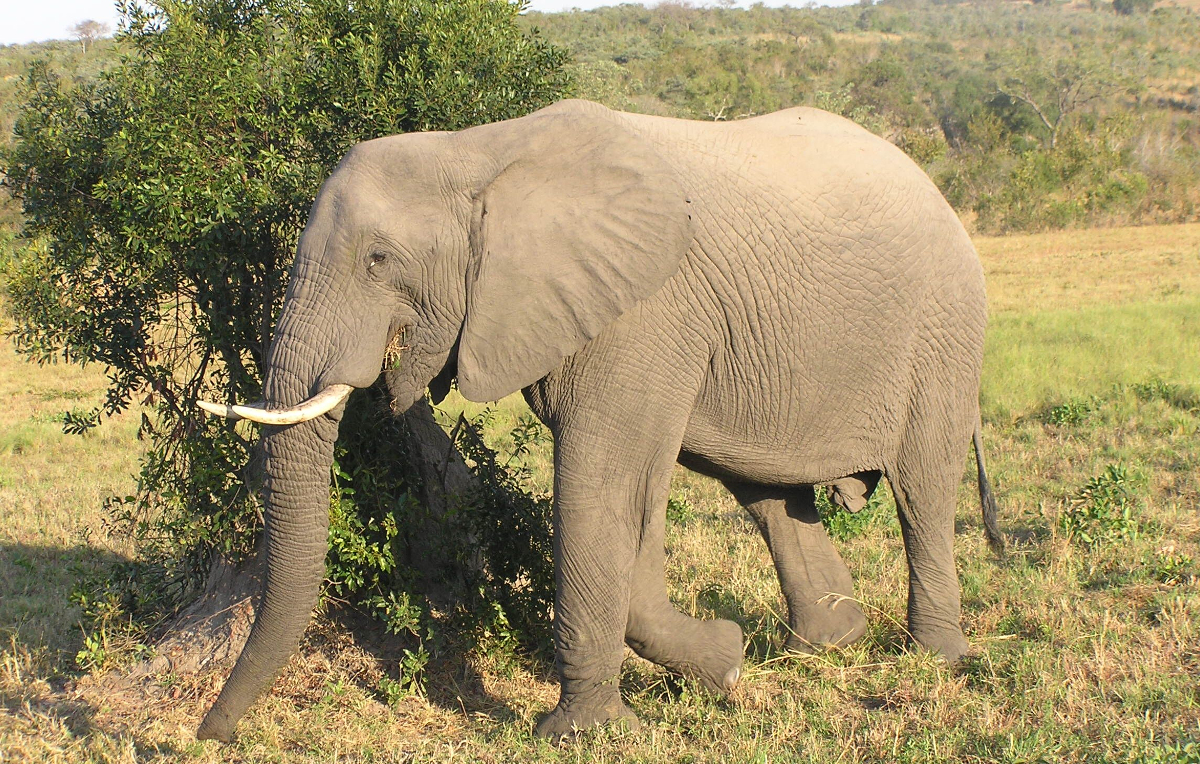 Elephants are found in all the destination countries of our luxury African safaris. Botswana has the highest elephant population and there are a great many to be found in the Hwange National Park, Zimbabwe. However, all the major game reserves that we visit have abundant elephant populations.

Read on to discover four interesting facts about these curious, sensitive and absolutely stunning creatures which we think you’ll find enlightening.

A baby African elephant is a coordinated little creature. In fact only a few hours after birth, it has already mastered the art of standing and walking. These two skills are vital for survival as the calf must be able to stand and suckle its mother’s milk. But figuring out how to use their trunks? That’s another story altogether!

For any elephant, be it a calf or mature adult, the trunk is necessary for survival. An elephant’s trunk is a fusion of its upper lip and nose and features two nostrils through which it breathes. An elephant also uses its trunk to smell (an elephant’s sense of smell is one of the best of all living creatures), grasp and touch.

The baby elephant finds its trunk unwieldy initially; flopping it about from side to side as it learns how to manoeuvre it. A calf will even suck on its trunks the way a small child might suck its thumb.

At about one year of age, a baby elephants starts learning how use its trunk for eating and drinking. But rather than drinking water directly through its trunk (that would be like us drinking through our nose) it uses its trunk to soak, or siphon, water part of the way up. It then squirts the water from its trunk into its mouth. Adult elephants have been known to siphon up to nearly 40 litres of water this way — per minute! Amazing stuff.

When a baby elephant is born, it stays very close to its mother; sometimes for up to 3 or even 5 years or until another sibling is born. The baby drinks its mother’s milk and gets all the nourishment and liquid it needs by suckling its mother. Weaning is a very gradual process that usually starts sometime during the first year of life.

If the calf is a female, she will typically remain together with her mother into her own adulthood. In fact, she will likely never once be separate from her until the mother dies in old age.

Elephants’ feet are their fingers and their tusks are their teeth!

If  you look at the picture of an elephant’s closely, you might be mistaken for thinking an elephant has four forward-facing knees. This isn’t so. In fact, although we might talk about our “four legged friends”, in reality all mammals have two arms and two legs (with wrists and elbows, and knees and ankles — just like you). 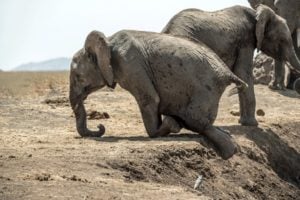 As they have evolved, elephants have adapted to walking on their fingers. Therefore, what looks like knees is actually their wrists! As if this isn’t curious enough, in another act of adaptation, an elephants tusks are really elongated incisors. In other words, they are teeth, like any others, only they don’t stop growing!

Young elephants and female elephants live out their lives in an extended family herd, led by the Matriarch. This female elephant’s knowledge of the area they inhabit is superb. She passes this information on to other females until her death, at which time she is succeeded by the next senior female.

Once bulls reach sexual maturity at about 12 to 15 years of age, they leave the herd to form small herds of males, only returning again for breeding. On reaching advanced age, the bulls live a lonely existence on their own. In contrast, the females remain together as long as they live, which can be up to 70 years.

Find out more about where you will find African elephants

Watch some videos on our YouTube channel playlist and make sure to subscribe to receive an update notification when we upload new African Safari Videos!

Ready to start planning your African Safari? Ask one of our African travel consultants to include a destination where you can see these animals.

Where You will See African Wildlife

We’ve written many, many blog posts about where you will see African wildlife on one of our bespoke safari holidays from Australia. If you’d like to keep reading, check out this post about which destinations we think are the best for viewing Africa’s spectacular wildlife.

We are specialists in Australian custom-made trips to Africa. Don’t think they’re unaffordable: see what we can do for you

No wilder inspiration for photography

Other posts in African Elephants