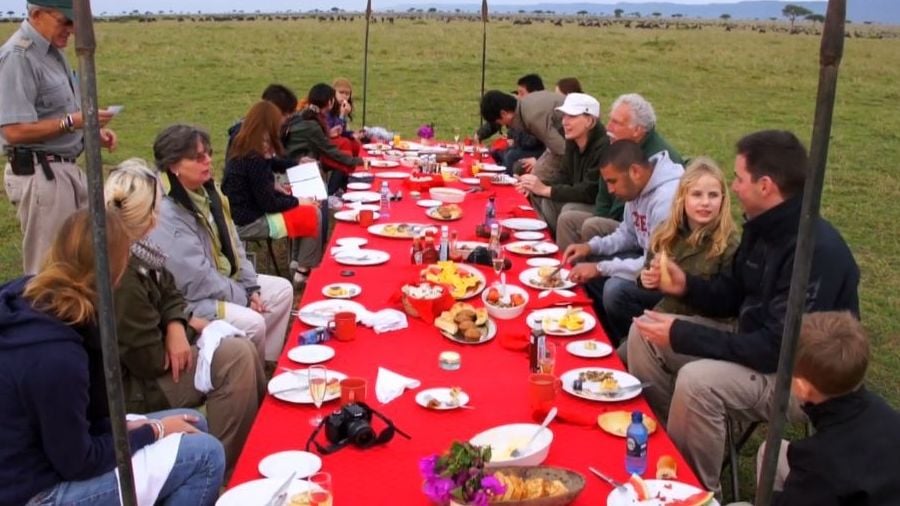 African food is extremely diverse — and exceptionally delicious! In fact, one of the most common remarks our returning guests make is how superb the quality and flavour of the native African fare is. Each of the lodges, restaurants and hotels that we handpick for our private safari tours from Australia prides themselves on the quality of their food. Given the vastness and variety that exists within Africa more generally, the diversity of her food is inexhaustible.

No matter how remote, the safari kitchens and chefs always seem to produce extraordinary amounts of delicious fare. What’s more, they can cater to just about any dietary restriction you might have. Whether you require gluten free, dairy free, vegetarian, vegan or others — and not just for main meals either.

We invite you to stretch your gastronomic limits by trying some of the mouth-watering local delights, including:

There is also a truly wondrous assortment of desserts on offer, ranging from tarts, pies and cakes to the more traditional bread and butter pudding with custard (a personal and rather decadent favourite!)

An Abundance of Fresh Local Produce

Africa is abundantly endowed with a huge variety of indigenous produce. In fact, we don’t know of any fruit or vegetable that can’t be grown in Africa. While many vegetables have originated from the continent, others have been cultivated in Africa for such a long period of time, they’ve actually become African through their domestication and adaptation to African soil.

Native African plants such as the baobab, amaranth, wild melon, eggplant, African nightshade (a rich, leafy green belonging to the eggplant family) and African mango are extremely nutritious; in fact, some have attained superfood status given the way they continue to survive the harsh conditions.

It would take a book to describe the rich variety of foods available across Africa, suffice to say, each country has its own delicious specialities and as said, most luxury accommodation kitchens can cater to any dietary requirement.

Be surprised when you come on one of our exclusive and private safaris. You could find yourself unexpectedly treated to champagne breakfast or bush dinner (we’ll stop here as we don’t want to give anymore away!) It’s part of our create-a-custom-made experience approach to our private safaris that singles us out from our competitors. After all, when in Africa, we certainly don’t believe every meal should be seated around a traditional dining room table (although of course you’ll be treated to scrumptious fare in the more traditional manner at our selection of luxury lodges).

The photo below shows one of our Savanna Plus private group safaris  being provided with a tasty bush breakfast — all while enjoying a spectacular safari! 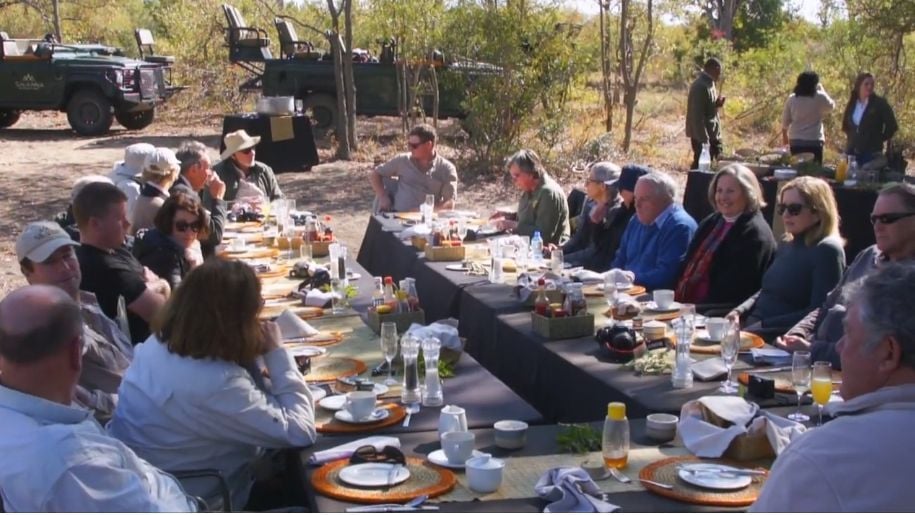 You can also enjoy a champagne breakfast after an exciting balloon safari in Kenya. All the food is taken out to the landing area and served fresh on the spot.

Or there’s our railway dinner as part of our Savanna private safari tour. The railway carriage is beautifully lit up and the trees adorned with lanterns to create an enchanting and exquisite atmosphere for dining — something you won’t forget in a hurry. 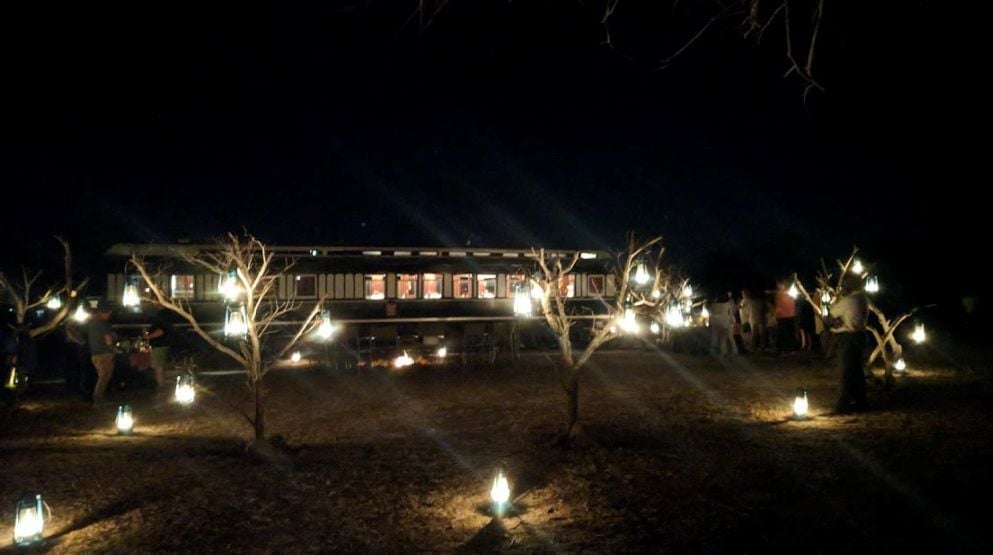 All the meals in the meals our suppliers provide comes from local butchers. Beef, lamb, pork, chicken, venison are all readily available and essentially the range is no different to what we get in Australia. It’s often cooked the same as home too, plus there’s the “braai”, an African barbeque — a taste sensation not to be missed.

If you’re keen to learn more about planning a trip to Africa with your loved ones, friends or colleagues, we invite you to get in touch with us regarding the perfect tailor-made itinerary, or to view some samples. You can also find out more about our pricing and what makes Destinations Africa different.

Other posts in Safari